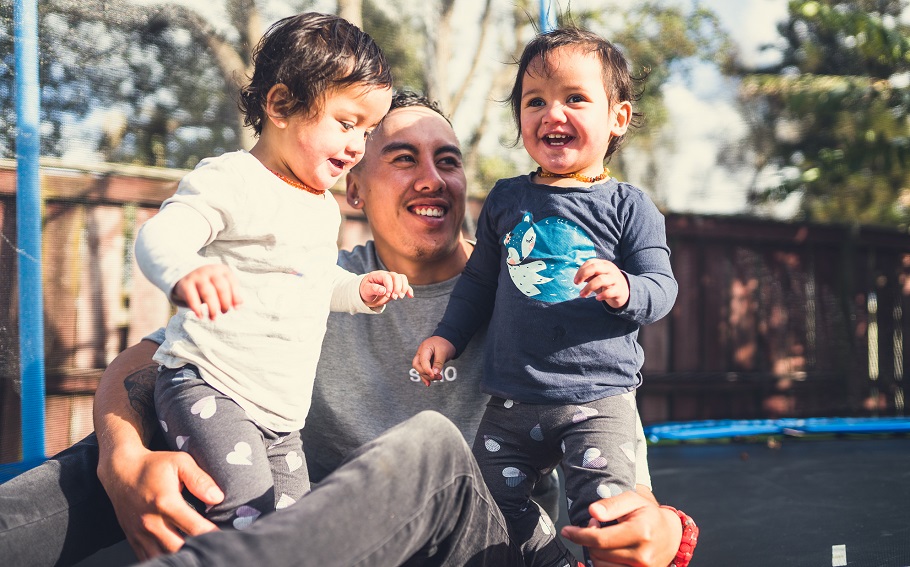 Survey findings highlight that Māori* parents are significantly more likely to have access to support from close or extended family when it comes to childcare. While 65 percent of all respondents said they had close family available to assist with childcare, this grew to 73 percent among parents who identified as Māori.

Although lack of support didn’t appear to be an issue for most Māori parents, one in five (19 percent) cited the amount of time they had available to spend with their children as their biggest source of concern, compared with 10 percent of total survey respondents. In addition, one in four (25 percent) among Māori parents strongly agreed that they had felt pressure to return to work earlier than they wanted to after the birth of their child, compared with 16 per cent of other respondents.

Parenting expert, Nathan Wallis, says “Research supports being at home with family, rather than an educational institution like an ECE centre in the first three years of a child’s life, so the strong cultural emphasis placed on connection and family within Māori communities continues to serve them well.”

When it comes to health, concerningly, Māori parents were significantly more likely to report placing a lower level of priority on their own health than that of their children – with this being true for 54 percent of respondents who identified as Māori, compared to 44 percent of all surveyed. Among those parents who place less priority on their own health, the high cost of healthcare for those 18 years and over was one of the main reasons cited.

Our CEO, Rob Hennin, says these findings demonstrate the important role of partnerships like the health fund’s work with Auckland iwi, Ngāti Whātua Ōrākei, which are designed to combat these trends.

“There’s a real need for initiatives which improve the overall level of accessibility to healthcare for our Māori population,” Mr Hennin said.

“We’re proud to partner with Ngāti Whātua Ōrākei to provide a universal health insurance scheme for its members – which covers not just hospital treatments, but GP consultations, dental and optometry. These sorts of programmes a great way to encourage proactive health management, and deliver better overall health outcomes for the Māori community,” he added.

Looking at the broader findings, concerns over the amount of time to spend with children emerged as a major trend for all parents - with over three quarters (76 percent) expressing some level of concern on this topic, however, on average, families had completed around four activities together in the last two weeks. Having dinner together (83 percent) was the most common, followed by watching a movie (57 percent) with going to the park and visiting a shopping mall equal to each other at 53 percent.

More broadly speaking, the survey findings suggest that the potential impact of social media on our children is, overwhelmingly, the biggest source of worry for parents in New Zealand – with nearly half (45 percent) of the 1,200 respondents expressing either extreme or high levels of concern on this issue.

The nature of concerns varies significantly, with parents most commonly citing worries over the amount of time children spend on devices, online safety and bullying, the potential to view inappropriate content, and the potential impact on physical and mental health.

When it comes to peer pressure, Māori parents (along with parents from Asian communities) are also consistently more likely to experience extreme levels of concern around behaviours relating to drinking, drugs, sex, gang activity and theft.

*For the purposes of the survey, this definition includes parents who identified themselves as Māori.