What to watch out for with bowel cancer 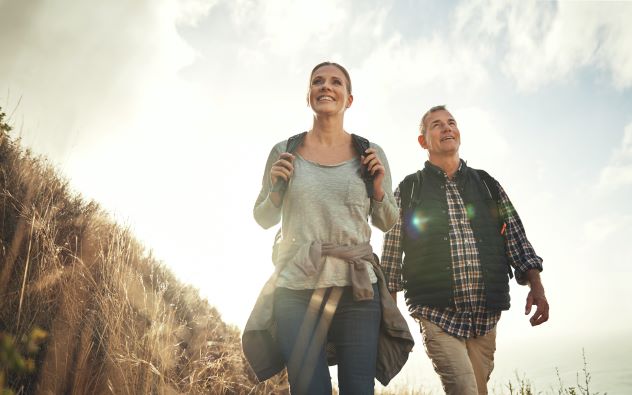 What is bowel cancer?

Also known as colorectal cancer, colon cancer, rectal cancer or commonly referred to as the ‘silent killer’, bowel cancer occurs when small growths called polyps form on the wall of the bowel and turn cancerous.

Why should you care?

Each year, more than 1,200 Kiwis die from the illness and over 3,000 are diagnosed with it. It’s the second most common cause of cancer deaths in New Zealand (behind lung cancer) and we have some of the highest bowel cancer rates in the world.

Bowel cancer gets its ‘silent killer’ status because it often goes undiagnosed, or detected at a very late stage due to lack of symptoms. However, more than 75% of bowel cancer cases are curable if caught early, so it’s important to be aware of the risks.

What should you watch out for?

Anyone can get bowel cancer, but when symptoms aren’t always forthcoming, it can be hard to know whether you’re at higher-risk. Here are some factors to be mindful of, so you can monitor your own risks of developing bowel cancer.

While age plays a significant role in bowel cancer rates, don’t let it be the defining factor. If you have concerns or are experiencing any of the common symptoms which include blood in your stools, a change in bowel motions or habits lasting longer than 6 weeks, weight loss for no obvious reason, tiredness, or severe, persistent or occasional abdominal pain, it’s best to speak with your GP immediately.

2. Your family history and genetics

If you have close family such as parents, siblings or children who have been diagnosed (especially at a younger age of under 55) this can almost double your risk. Extended relatives (grandparents, aunts, uncles, nieces and nephews) with the condition can also put you at higher risk, however, there’s no apparent link with distant relatives - unless you have a family history of inheriting certain rare bowel cancer syndromes or genetic mutations.

Genetic conditions to be aware of

Around 5-10% of bowel cancer cases are due to genetic mutations, with a further 2-5% linked to other inherited conditions. These can include: • Familial Adenomatous Polyposis (FAP): a condition where benign polyps form in the large bowel, often during adolescence. There’s a 50% chance it will be passed down to children, and almost a 100% chance the carrier will develop bowel cancer if polyps are left untreated. To catch it early, screening for FAP usually begins between the age of 12-15 years old.
• Lynch Syndrome: also known as Hereditary Non Polyposis Colorectal Cancer (HNPCC). A rare inherited condition caused by an abnormality in repair genes. It accounts for around 3% of all bowel cancers, with a 50% chance of inheriting the disease. Screening usually starts from 25 years old. • MYH-Associated Polyposis (MAP): a hereditary condition where there’s abnormal tissue growth in the colon and rectum. This is particularly rare, as both parents need to be carriers of the gene, but if inherited, it comes with an almost 100% lifetime risk of developing bowel cancer.

If you have a family history of bowel cancer or know any relatives with the above genetic mutations, speak to your GP. They may refer you to a genetic counsellor, advise you to get genetic testing, or recommend other screening and surveillance methods.

3. Your lifestyle factors and other diseases

There are lifestyle risk-factors and other common medical conditions that can influence your chance of developing bowel cancer. These include: • Lifestyle factors: such as smoking, drinking alcohol, lack of exercise, eating a lot of red or processed meats and being overweight or obese are changeable risk factors that can increase your chance of developing bowel cancer. • Diabetes: studies show that people with diabetes (particularly type 2) are 38% more likely to be diagnosed with bowel cancer. While the reasons aren’t fully known, there are a number of lifestyle factors that the two diseases share, which could contribute to this.
• Inflammatory bowel diseases (IBD): more than 70,000 Kiwis are thought to be impacted by IBD. For those with Crohn’s disease and Ulcerative Colitis, there’s a 15% chance it can lead to bowel cancer in their lifetime, most commonly among those who’ve had the disease for more than a decade. Symptoms of IBD can often be similar to bowel cancer, so getting tested regularly is crucial.

What can you do about it?

While not all risks are avoidable, there are things that can be done to lower your chances of developing bowel cancer. Proactive care of your health and addressing the above lifestyle factors can be an effective way to reduce your risks.

Bowel Cancer New Zealand recommends a diet high in fibre, and points to the Mediterranean Diet as a healthy eating plan to follow. It typically has plenty of plant foods, olive oil, fish, poultry, bean and grains which can all help to regulate bowel movements and be effective in preventing bowel cancer. For more information, symptoms and advice, visit: https://bowelcancernz.org.nz/

For those aged between 60 and 74, the National Bowel Screening Programme offers free faecal immunochemical tests (FIT) which can be completed at home. Rates of bowel cancer are increasing among younger Kiwis, with more than 300 people under 50 diagnosed every year, so it’s important you look out for any signs.

To help our members stay healthy, nib has partnered with MercyAscot to deliver a Bowel Screening Programme available to eligible nib members with Hospital Cover. Free at-home test kits are being offered to some members aged 45 to 75, with one-on-one support from a nib Wellness Coach if you require treatment.

Having health insurance also gives you priority access to diagnostics, specialists and treatment, giving you peace of mind in the event the unforeseen does happen. For a personalised quote, visit the nib Private Hospital health insurance page here.