Should your business adopt a more flexible way of working? 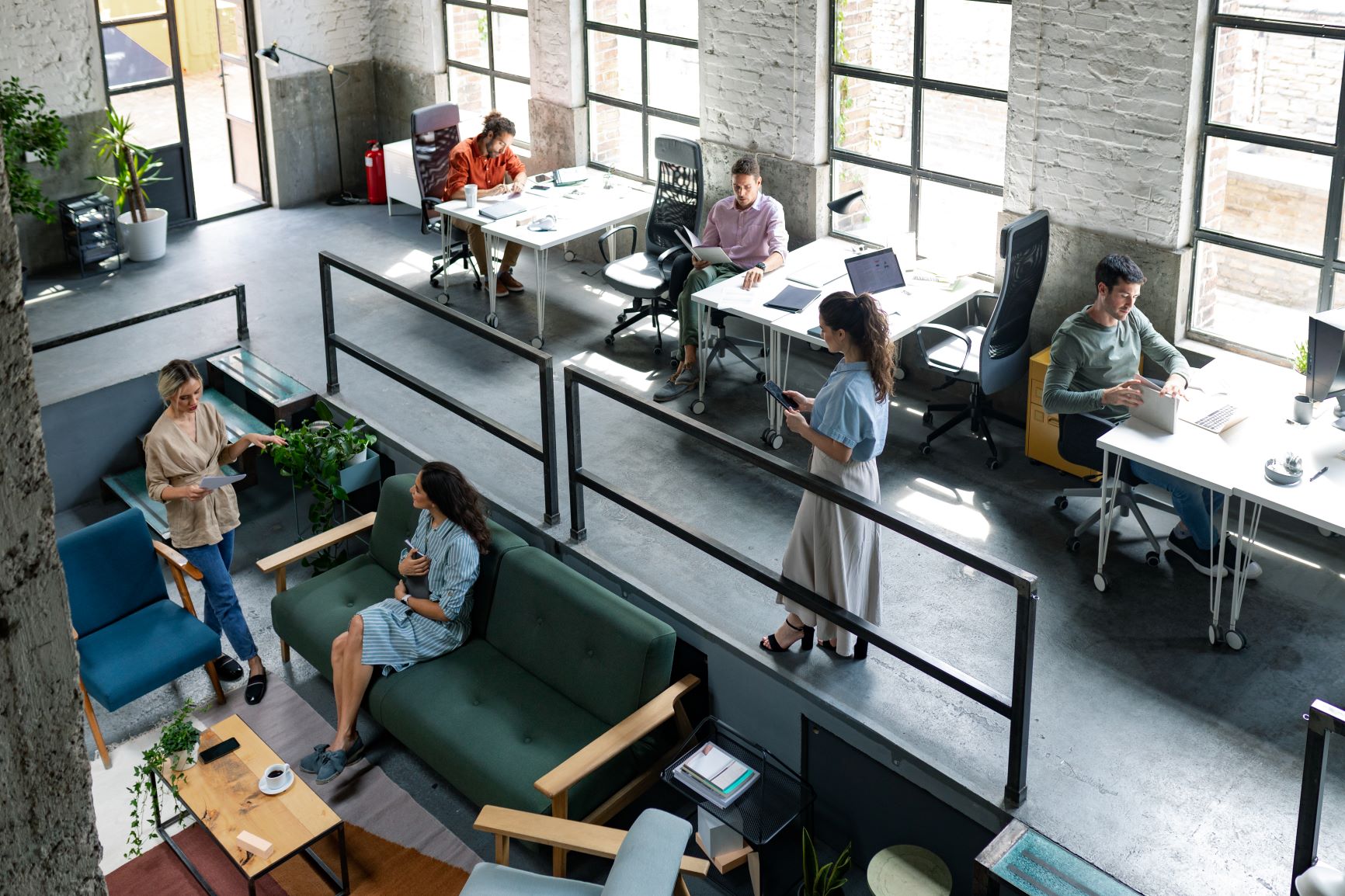 The sudden shift to remote work in 2020 challenged the traditional workplace structure, forcing many companies to re-evaluate what aspects of their culture contribute towards the productivity of their business.

Several workplaces transitioned from an office setting with structured hierarchies to non-traditional working models that don’t follow the conventional nine to five, Monday to Friday schedule or require a permanent workspace, including flexible working arrangements, reduced hours and shared or co-working spaces.

As an increasing number of businesses move away from the ‘traditional’ workplace setting, many others may be considering whether to follow suit. Here, we explore examples of innovative working arrangements and their benefits.

A study has shown that compressed work schedules have positive benefits for businesses and their staff including improved employee satisfaction, increased staff productivity and a reduction in sickness absence.

The four-day week has been gaining popularity since Kiwi estate planning firm, Perpetual Guardian, spearheaded the movement in 2018. What initially began as an eight-week trial was adopted permanently that same year, after job performance was maintained and productivity, employee engagement and work-life balance improved.

Inspired by the results, consumer goods multinational, Unilever, also began a 12-month trial of the four-day week in late 2020 with its New Zealand office. Unilever hopes to enhance employee wellbeing and aims to measure performance against outputs rather than time amongst its 81 employees. If successful, a four-day week could be implemented across its global workforce of 165,000.

Kiwi electricity distributor, MainPower, was recently presented with the Well-being Award by nib at the 2021 New Zealand Energy Excellence Awards for its own version of the condensed working week – the nine-day fortnight.

The Awards are an annual celebration of achievements and excellence in the energy sector and the Well-being Award, sponsored by nib, recognises initiatives from energy companies that look after the wellbeing of their people, so they can perform to the best of their ability.

After holding trials of two new working patterns – a four-day work week and a nine-day fortnight – MainPower permanently introduced the latter in late 2019, where employees work the equivalent of two working weeks over nine-days.

Since adopting the nine-day fortnight, feedback from its employees has been overwhelmingly positive, with staff reporting marked benefits to their wellbeing and an improvement in workplace culture. In particular, employees highlight that having a day off during the week makes it easier to attend appointments, manage household tasks, fit in exercise and even contributes to some cost savings due to reduced commuting and childcare needs.

With the summer season tending to be a quieter period and some employees even using some of their sick days to enjoy the weather, many organisations, including Vodafone NZ, now offer “Summer Fridays” or summer hours, to give their employees the chance to enjoy the sunshine.

Global recruitment firm, Adecco, discovered that the advantages of shorter hours extended beyond just the workplace. It found that its employees were using their extra time to build relationships with their family and friends, resulting in a better and more fulfilled personal life, and increased loyalty, trust and satisfaction at work.

Closure of the permanent office

A study from the University of Otago found that most New Zealanders working from home over lockdown were still productive – and most respondents wanted to continue to work from home, at least some of the time.

In some cases, COVID-19 helped businesses solve capacity issues and made the transition to remote working much easier. In 2019, drug company GlaxoSmithKline (GSK) NZ was struggling to accommodate its staff and needed to encourage at least 40% to work from home – a big ask, given that more than 80% opted to be in the office. Following the mandated lockdowns, however, most staff chose to work remotely. As a result, GSK was able to move its headquarters to co-working space, Generator, with around 30-40% using the shared facilities on a daily basis.

We’ve seen the increasing popularity of these shared spaces and short-term leasing options (i.e. BizDojo, Smales Farm’s B:HIVE, GridAKL, Digital Nomad and the Bridge Street Collective), as their advantages go beyond just saving money. Co-working spaces can help to reduce stress and loneliness (feelings sometimes associated with remote working), help with networking or collaboration opportunities and are usually designed to optimise productivity, catering to a range of different working styles.

Whether it’s shorter days or weeks, or having flexibility when and where employees work, the standard 40-hour, nine to five work-week could be a notion of the past. While we’re unlikely to see an end to the office entirely, with changing employee expectations and businesses transforming to keep pace, hybrid non-traditional work structures will likely become the future of work.

If you’re interested in empowering your employees, chat to us today about nib health insurance, with tailored health cover for your employees that includes hospital and everyday treatment and our digital wellness portal, MyHealthHQ. Find out more here, give us a call on 0800 287 642 or email [email protected].